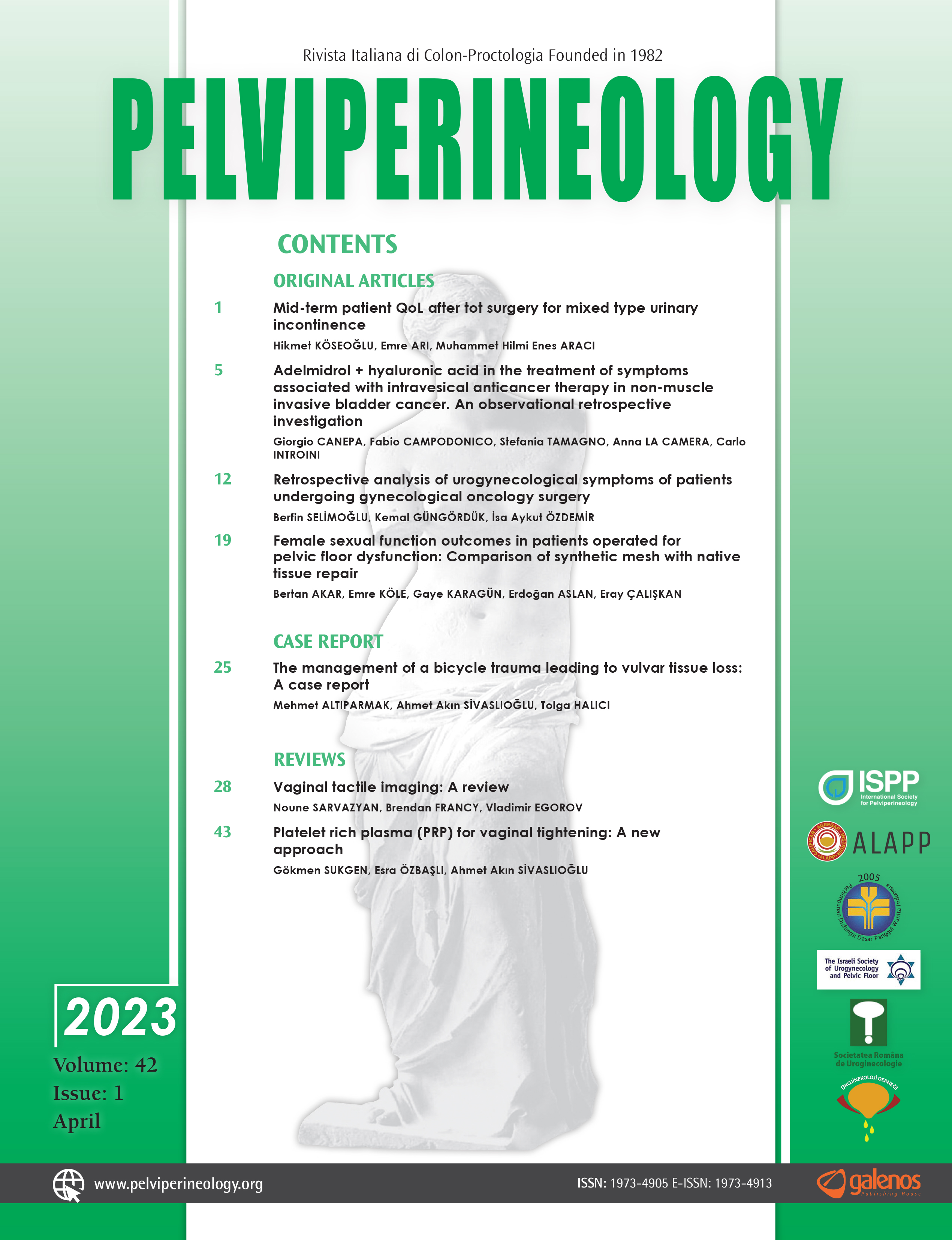 Aim: :To critically analyse the role of apical support and suspension in order to understand the genesis of chronic pelvic pain syndrome (CPPS).
Method: :Based on historical and recent scientific publications 5 possible reasons for lumbosacral pains are extracted. All directly or indirectly relate to uterosacral ligament (USL) support: 1) spastic, colicky uterosacral contractions, 2) irritation of Ganglion Frankenhäuser, 3) unphysiological tension on the plexus sacralis due to deficient suspending ligaments or support from pelvic floor, 4) overstretching of uterosacral ligaments (USL), 5) disturbance of blood circulation. Two neurological pathways of pain transmission are examined to explain cure of CPPS by reinforcing USL support. An anatomically based analysis was made of existing operations which restore apical anatomy.
Results: :

It was concluded: 1. That damaged USLs are mainly responsible for prolapse induced pain. 2. CPPS is almost variously associated with urgency, nocturia and “obstructive: urination and defecation, an important factor in the differential diagnosis from causes such as endometriosis. 3. Because of the complex interaction of muscles, ligaments and extremely sensitive nerves, any reconstruction should aim as much as possible to mimic the natural anatomy if good symptomatic cure rates are to be achieved. 4. Comparative analysis as follows.

* Simple approximation of USLs initially cures CPPS but does not last in the longer term. * Abdominal sacrocolpopexy does not mimic normal anatomy. Promontorial fixation creates an unphysiological vertical vaginal axis which may result in high recurrence of prolapse and pain.

Conclusion: :Symptoms, especially pain, are the sentinels of pelvic floor dysfunction and they are invariably associated with uterine prolapse, often minimal. Symptoms cannot validly be ignored by any expert body issuing recommendations on prolapse management and results. Failure to cure pre-existing symptoms equals failure of that type of surgery. The presence of urgency, nocturia, “obstructive” micturition or defecation strongly indicates that the cause of the CPPS is loose uterosacral ligaments. For good longer term results, a polypropylene tape precisely inserted to support USL is required.
Cite This Article

GOESCHEN K. Role of uterosacral ligaments in the causation and cure of chronic pelvic pain syndrome. 2015; 34(1): 2-20